New agricultural laws got the support of farmers! Where is the full money of crops getting at the right time.

Home / News / New agricultural laws got the support of farmers! Where is the full money of crops getting at the right time.

New agricultural laws got the support of farmers! Where is the full money of crops getting at the right time. 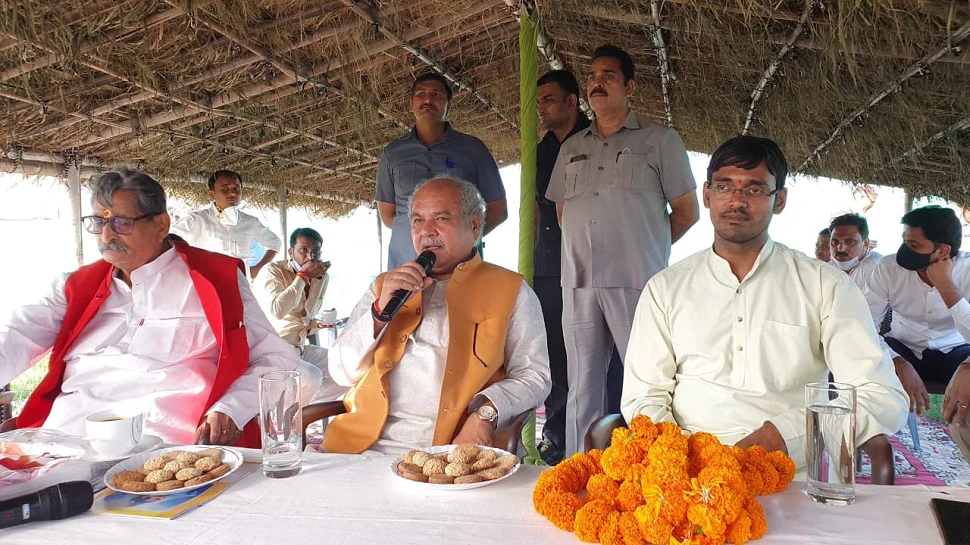 These days, a training camp is being organized for multilayer farming in Aadya Organic Annapurna Farm of RK Sinha, one of the founding members of BJP. Union Agriculture Minister Narendra Singh Tomar also participated in this on Sunday. During this, the minister saw the products of organic farming in Sinha’s form, expressed appreciation and talked to the trainees.

During this, the minister praised the increase in the income of the farmers due to multilayer farming. He said, ‘The idea of ​​growing five crops on the same land is amazing. Multilayer farming is like a ray of hope amidst increasing population and wages, shrinking and shrinking family holdings.

At the same time, the heads and farmers of the surrounding villages were also present to welcome the minister. During this, while expressing gratitude to the Agriculture Minister Narendra Singh Tomar, he said that the three new agricultural laws of the Central Government are very beneficial for the farmers and the farmers are getting a lot of benefit from this. The princes told the minister that with the new agriculture law, not only the crops are being procured at the right time, but the entire money of the crops is reaching the account at the appropriate time.

During this, Virendra Singh had appreciated the efforts of Aadya Adhya Organic and said that returning to natural agriculture is the only option to move towards a disease free society. By working to spread awareness about natural organic farming, Aadya Organic and Awaskar Trust is doing a great service to the farmers.