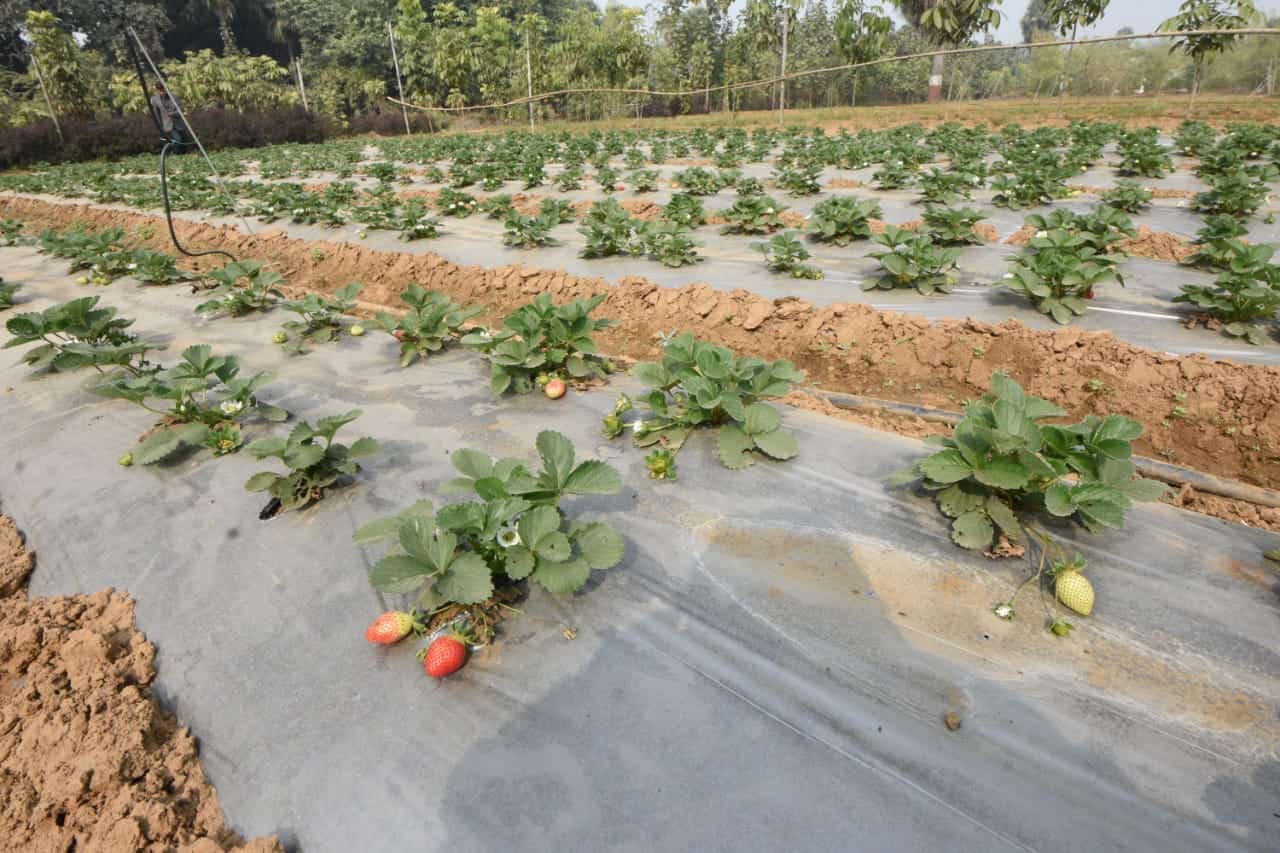 Ara / Patna A new revolution in agriculture has started in Bahiara village of Bhojpur district, about 40 km from the capital Patna. Cultivation of strawberry has been started in this village and that too through organic means. The strawberry crop is about to be ready now. There is no need to be surprised if Ara’s strawberries are found in the market. It was started by a former MP and founding member of BJP, RK Sinha. Bahiara is his ancestral village. Mr. Sinha is also the Group President of SIS, Asia’s largest private security agency. After returning to the world of politics and business, he returned to his village and opened a huge cowshed of indigenous cows. Along with this, organic farming was also started.

The aim is to lead people to ancient traditions and keep them away from diseases. They want to tell people about the benefits of milk from the cow cowshed of native cows. He also wants to convey the message of organic farming without poison. In the beginning, Mr. Sinha called agriculture scientist Deepak Narwade from Pune as Bahiara and imparted training to the villagers on organic farming for a week. Now Mr. Sinha aims to cultivate rare fruits here. In this connection, Adya Organic Agricultural Farm was also established in Bahiara. Strawberry is being cultivated in this farm. People believed that the strawberry crop can be grown only in Maharashtra and other states. This myth has received a setback here.

A crop of strawberries is ready at the Adya Organic Agricultural Farm in Bahiara. Traders have started arriving in large numbers to buy strawberry fruit produced from the Adya Organic Agricultural Farm. To see this farming, common people including farmers, agricultural scientists, agricultural officials, MLAs, ministers and former ministers are reaching here every day. Dharmendra Pandey, who is looking at the work of cultivating strawberries in the Adya Organic Agricultural Farm, says that the quality of the strawberry produced in Bahiara is very good. The cost of planting a fruit is about eleven rupees. A plant produces about two kilos of strawberries. . Traders are willing to carry 600 rupees a kg. Strawberries can be sold in the market by retail traders for 800 to 1000 rupees. This strawberry is fully grown on organic agriculture and is in demand in many countries of the world besides India. By cultivating strawberries, Mr. Sinha has given a message to the farmers that they can increase their income manifold by starting the cultivation of fruits like strawberry, unlike traditional farming. This is fairly profitable farming. Strawberry is fruit to strengthen the immunity system and increase immunity, the demand of which is increasing rapidly all over the world.

Cultivation of strawberries in the organic way in Bahiara village of Bhojpur, crop now ready