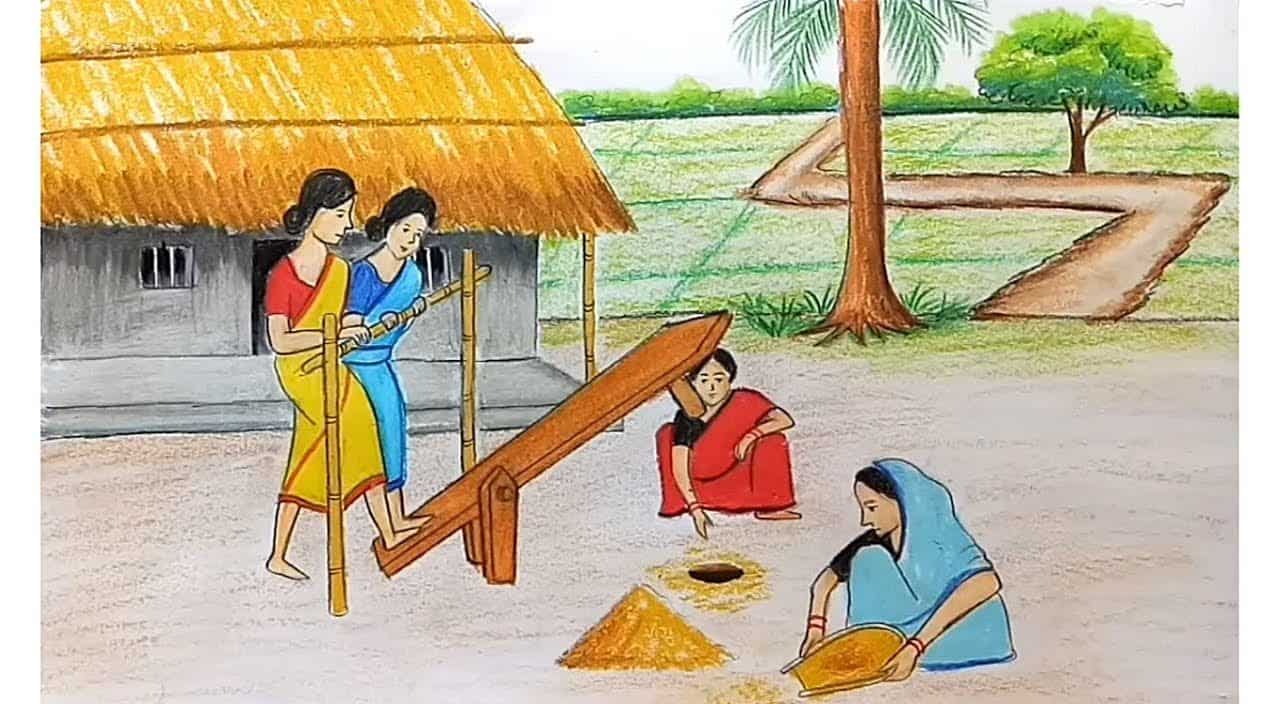 Brown rice is the rice that’s obtained when the husk is removed. It’s the most intact grain with just the indigestible husk discarded.The outer covering of rice that’s removed using a process called Winnowing where wind is used to blow away the husks from the rice. No other processing is done to the rice thereby keeping both the bran and germ intact hence most nutritious; whereas…Hand pound rice (also known as Dheki Rice) is a rice whose husk has
been removed by using a stone grinder or a stone apparatus similar to a mortar and pestle which helps to separate the rice from the husk. In this process there is some breakage due to manual pounding and some bran gets removed as well. It is minimally polished (low glycemic index, similar to brown rice) but still retains most of its nutrients. In short, Hand Pound rice is right in the middle of White rice (fully polished) and Brown rice with white rice (high glycemic index) being the least in the nutritional profile. Hand pounded rice is soft and cooks fast. All it’s micro nutrients are absorbed easily by the human body. (It can also be given to children if doctor recommends) Hand pounded rice is made in small batches due to it’s “labour intensive” nature of work.Inorder to make 1 kg of hand pounded rice,3 woman labourers are required to pound the crop for at least 1 hr.

This variant comes along with several nutritional benefits. Firstly, its complex carbs keep you full for a longer time (a great news for those on the weight loss path). To top that, the grain contains nutrients like iron, calcium, manganese, B vitamin, vitamin K, E, gamma-oryzanol and protein. The presence of amino acids reduces the chances of having a fatty liver. The rice is also better absorbed because of its fibre content. Further, the protein content of this variant gets ingested quickly. Its magnesium helps blood circulation and selenium aids in normalising thyroid and colon functions as well as preventing cancer. Selenium, along with magnesium is believed to aid in protecting the body from free radicals.This goodness also has antioxidants which help lower the symptoms of asthma, and rheumatoid arthritis keeping the bones strong. The calorie distribution in hand pounded rice per 100 grams are as follows:
Protien 7.5 g; Lipid (fat) 0.1 g; Carbohydrate 73.6 g ; Fiber 0.3 g ; Calcium 23 mg; Iron 3.66 mg; Energy 325 Kcal. (Source Courtsey: Vedicaorganics.com) Dheki rice must be washed under running water.Look carefully and remove dirt or debris. To cook dheki rice, add one part rice to two parts of water. Once the water starts boiling, turn down the heat, cover and simmer for about 45 minutes.

Benefits of having Dheki rice are as follows :

● The rice is high on fibre.
● It is low on the Glycemic Index and is therefore considered safe for diabetics.
● Believed to reduce cholesterol and the danger of cardiovascular illnesses
● It helps prevent gallstones.
● Promotes weight loss as the complex carbohydrate keeps you satiated for a longer time
so you avoid binging.
● The variant helps lower the risk of cancer and other new age illnesses including
cholesterol (LDL) Levels.
● It is linked with lowering the risk of developing type 2 diabetes.

Hand-pounded rice/Dheki Rice is a solid healthy dinner for our wellbeing. So, you can have a
platter of delicious goodness on your table such as:

Make the slow shift to hand pounded rice and see the positive difference in your health.